Maarten Herman van Gent, born at Rotterdam in the Netherlands on March 22, 1947,
visited  Tallinn  Estonia in May 1987 to play with his team Hellas Gent   in a  basketball tournament..
At that time he was the professional  coach of the that Belgian  basketball team .
The team won the Tallinn tournament .

From 1991 his  USA company  Globe Sports Management Inc. was  representing Tiit Sokk and Aivar Kuusmaa, two Estonian basketball players, to contract to play for the Greek team – Panathinaikos in Athens,
which became the European champions in the first season 1993-1994.

In 1992  Maarten established his first company in Estonia named Vangent AS.
He bought, through this company, his first real estate at Sõpruse Pst, 222. at Tallinn in 1992.
In 1994 he bought  Seirus AS , a company  importing and exporting  from and to Holland.

Also from 1996 until 1998 Maarten was coaching the national basketball team of Estonia and the club team of Kalev Tallinn,which won the Estonian championship in 1998.

From 2002 until 2004 Maarten was the coach of national men basketball team of the Netherlands, while living in Estonia.
He coached for 3 months his old team AMVJ in Rotterdam in 2009 after they fired their American coach to finish the season.
In 2010 he coached Den Bosch in the Netherlands to replace an American coach for a few weeks.

From 2001 until 2005, Maarten worked as a coach and manager in his spare time with the team Ehitustooriist. 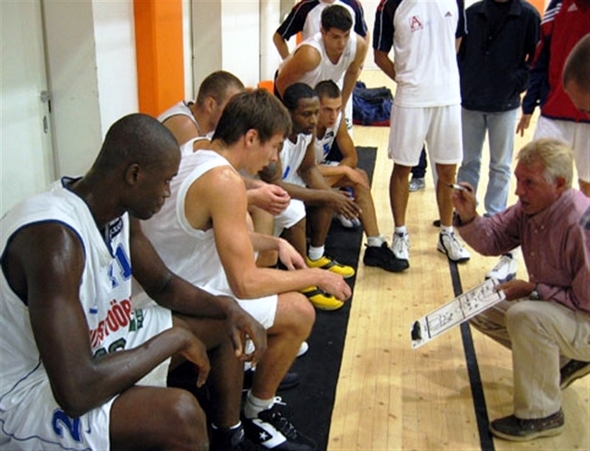 This team won the championship of Estonia in 2005.
The same team is named BC Kalev Cramo nowadays .
Maarten worked as a licensed FIBA agent for Globe Sports management Inc.