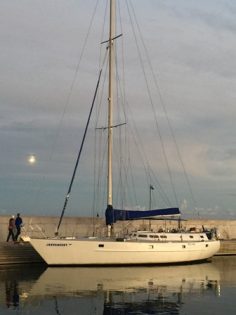 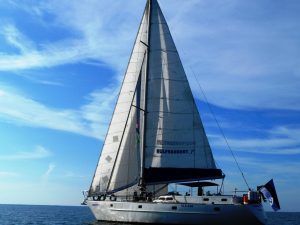 The SY. JANVANGENT is an old 1986 Van de Stad 49 ft Pacific, made out of steel. Build in the Netherlands at Stavoren.
She was bought in 2016 in Anna Paulowna after being laid up for fifteen years.
The renovation took about 2 years at the shipyard of Teerenstra at Den Helder.
The ship has now the Estonian registration VLS-548. Ship station license SLV17/7785.
The ship was sailed in August 2018 to Estonia.
At the moment she is moored at Kuivastu  in Estonia.
In 2019 the ship will sail in Estonia.
The intention is to have the ship in Spain in the future.